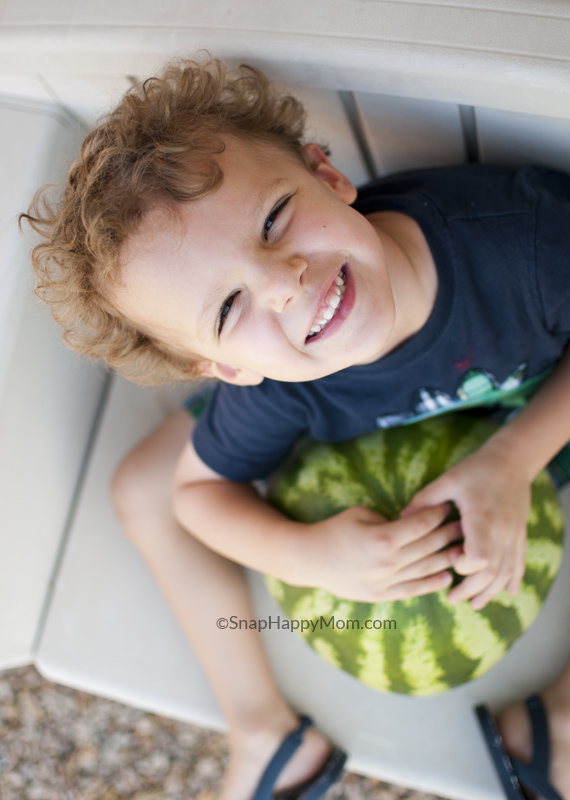 We really wanted to grow watermelon in our garden this year, so we put a bunch of seeds in the ground back in May. They sprouted up right away, but didn't seem to grow at all for the next two months. But it turns out you should actually pay attention to how far the packet says to plant those little seeds apart, because when they do grow, they spread out A LOT. 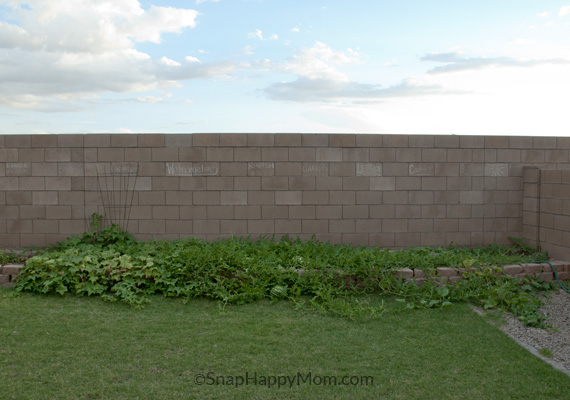 Looking back, we probably should have thinned out our plants when they were tiny, but we were so excited to actually have them growing that we skipped that step. And now it's watermelon-land back there. 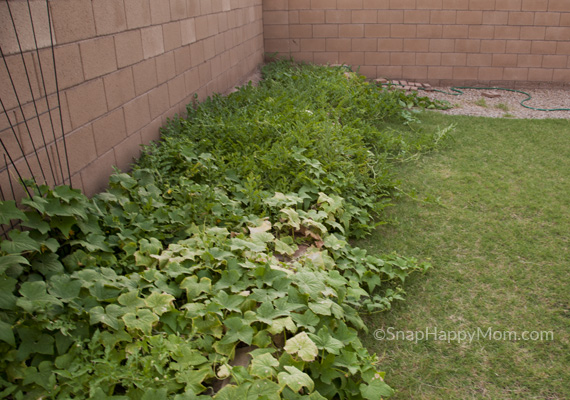 There are cucumbers in the front of this picture, and then lots of watermelon tendrils before the lone cantaloupe plant at the end. It's mostly all watermelon though. 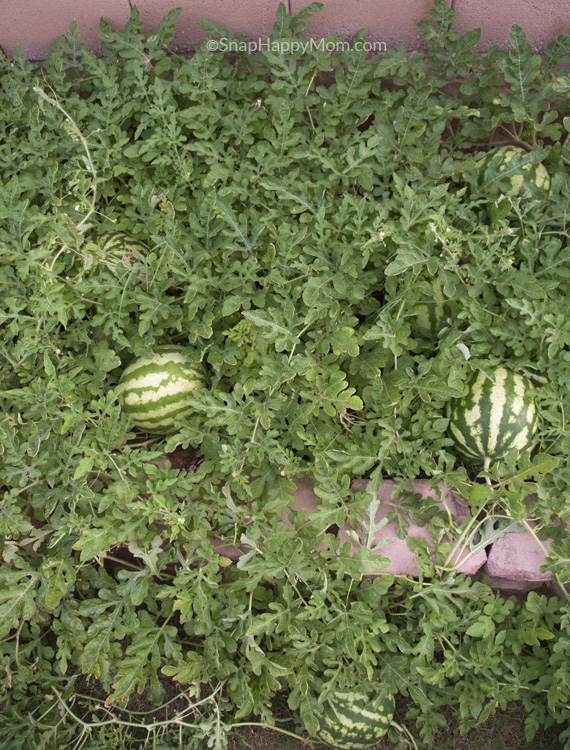 Here's a little game for you: I spy a watermelon... but how many are there in the above picture? 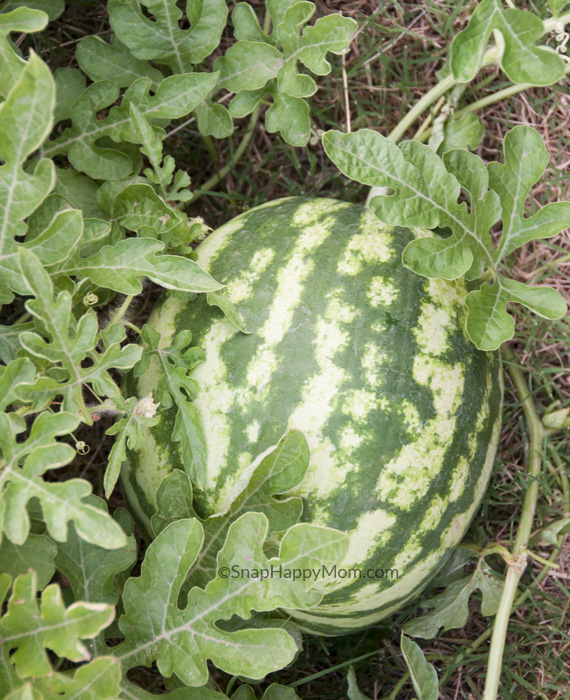 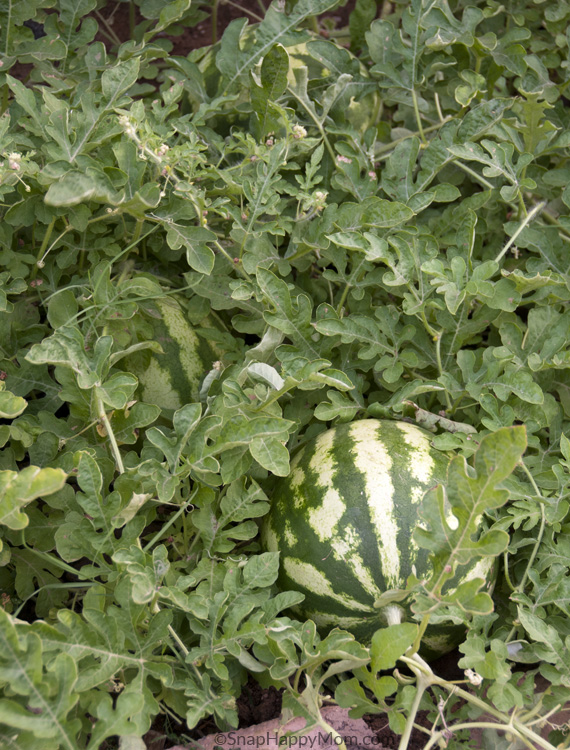 Answer: Six! How cool is that?

We picked a seventh one to eat, and I couldn't resist taking a few pictures with Dash. 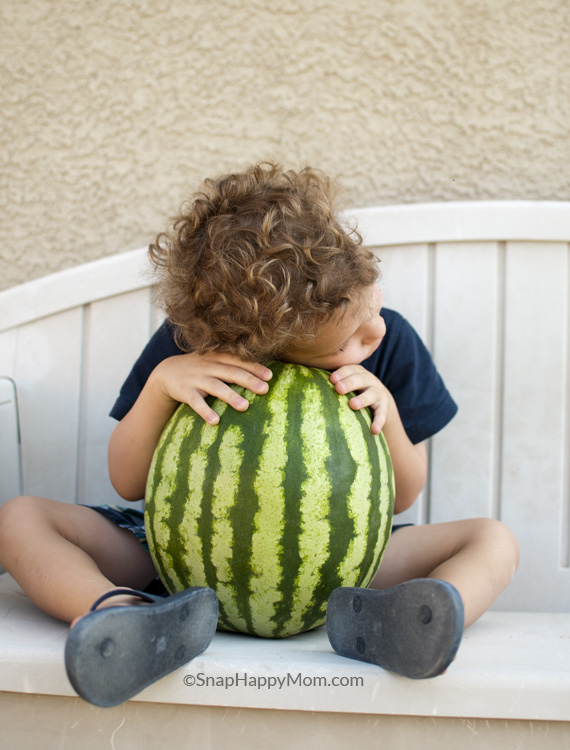 I LOVE those curls! 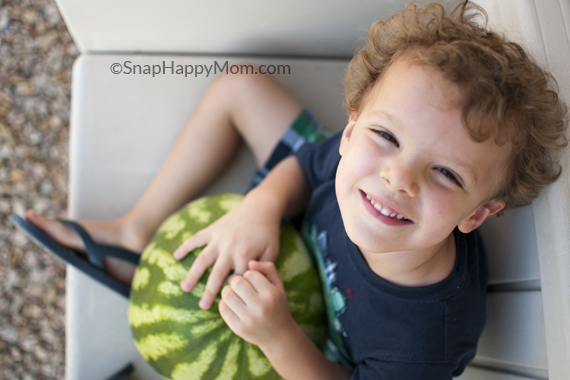 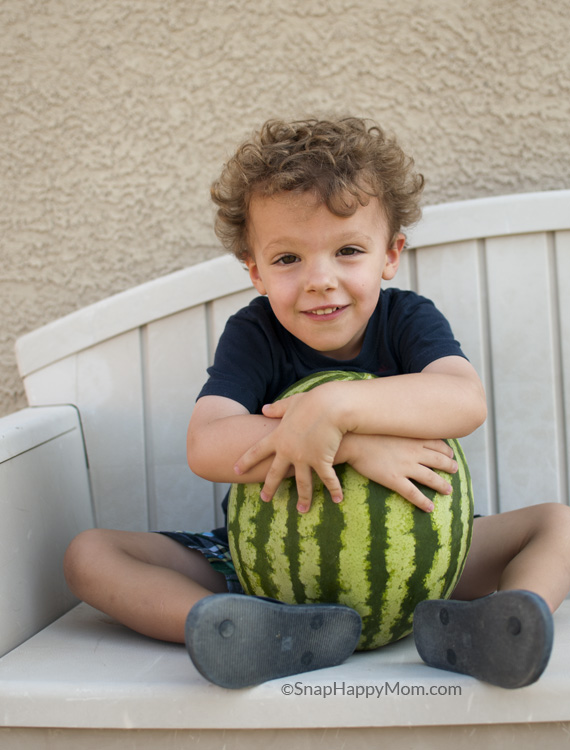 I wish I could tell you that watermelon was delicious and sweet, but this is what it looked like when we opened it up: 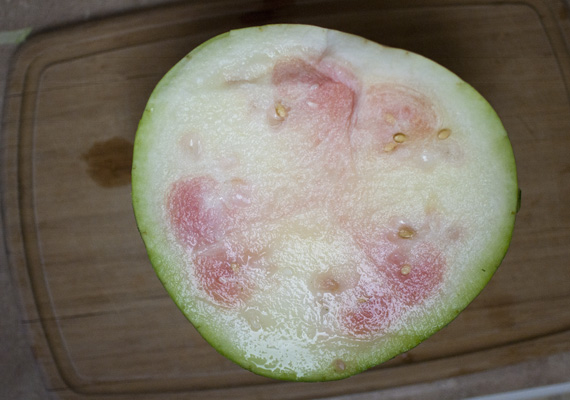 I assume all-white inside means we picked it too early. We're hoping the others will be yummy if we wait long enough! Anyone know tricks for when to pick a watermelon off the plant?

Meanwhile, we're enjoying (store-bought) watermelon in our still-triple-digit weather. It's not looking like fall yet in Arizona! 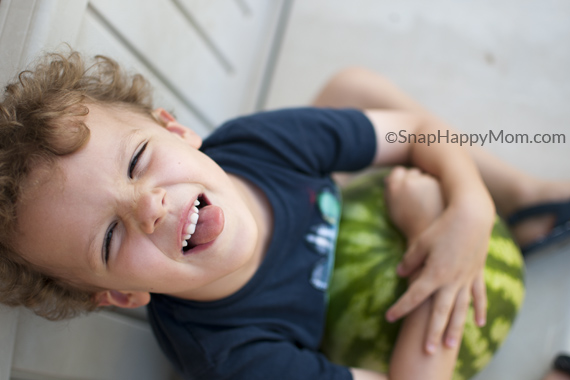