The power went out right after dinner last night. It was an adventure! 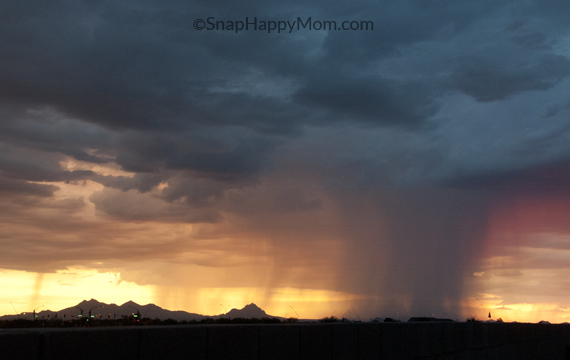 It's monsoon-season, which is incredible to watch. The photo above has not been edited at all! That's what it looked like as the storm came towards us. I used the fabulous head-as-a-tripod method, where you put the camera on top of your head to keep it still and straight while your click the shutter. Very scientific and professional, I tell you.

Before the sun went down, we played in the rain a bit. It's hard to see the rain in the next picture, but you can admire our the watermelon plants, which have joined forces with the cucumber plants and are very near to taking over the garden. We had to pick the rest of the carrots because they were underneath the watermelon leaves, entwined with tendrils. 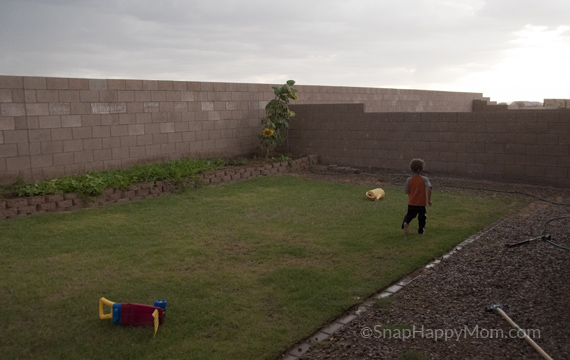 We read books by flashlight... 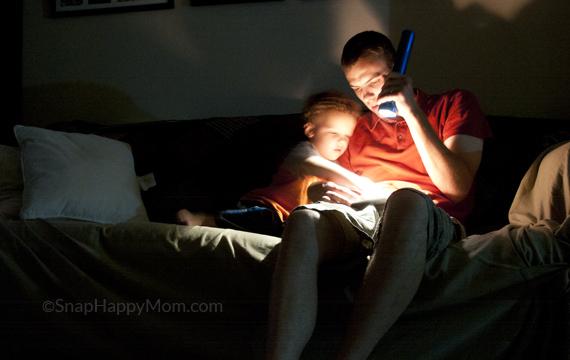 and brushed teeth in the glow of a lantern. 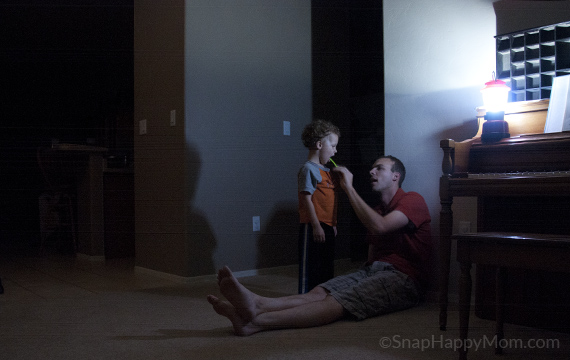 And then I laid there wondering how I was ever going to fall asleep without any A/C... it was easily 90 degrees inside. Thankfully the power came back on at 9 PM, for which we were very grateful.

It was really interesting to take pictures without any ambient light during this power outage. It took awhile to get my settings right, but here's a little example of how to balance aperture, ISO, and shutter speed to get a good picture.

When I first brought the camera inside it was still set at f/9 for taking landscape pictures, which is a pretty small opening for light to come in. I forgot it was set like that, and took this next picture on aperture-priority mode. The camera decided it needed long shutter speed to get enough light to balance out that small aperture: it used a 3-second shutter speed! 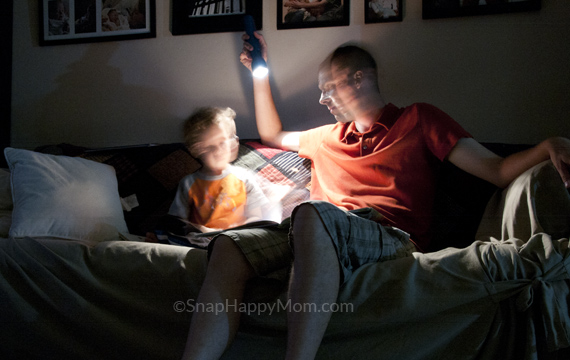 See how both subjects have fuzzy features and profiles? That's because the shutter was open for so long that the camera recorded their movement to look down at the book or at each other. It also caught a page being turned, which is why everything is fuzzy in those areas.

To fix this, I first opened up my shutter as wide as it would go to let in more light. Since I had a zoom lens the best I could do was f/5, but that is still better than the f/9 I was at before. I also upped my ISO number, which made the camera more sensitive to the light that was available. These two things allowed me to have a faster shutter speed, and freeze the action a bit more.

This picture is better- see how it's sharper in most parts, and doesn't show motion blur? I got the shutter speed to just under a second, or three times faster than in the previous shot. Those little changes made a huge difference, and it's perfect for remembering my son's first adventure with no power.