When the garbage truck first started to be an obsession, I searched out some children's books about waste management. There are a number of picture books about trash trucks, but Dash's clear favorite was the short non-fiction book Garbage Trucks by Pull Out Books/Marlene Targ Brill. It was exactly what he wanted: actual photos of trucks and lots of nerdy trash lingo and information.

If you have a garbage truck lover in our house, I would definitely check out this book! It's just the right amount of information for two and three-year-olds to understand about the waste management process. It explains the parts of the truck and what they do. And although it has the occasional "stinky" reference, it doesn't focus on the gross-out factor of trash, which this mama appreciates. 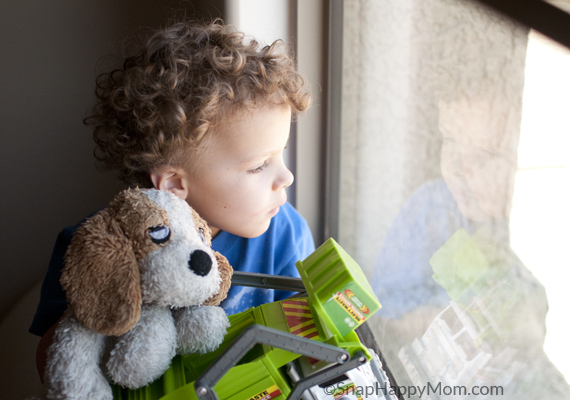 Almost two years after we found this book, it's still read often. Dash has the entire thing memorized, and is quite empowered by the information he's learned from it. He absolutely understands how the truck functions, which has allowed him to be more creative when he plays. And he will correct you if you refer to the hopper as anything else. 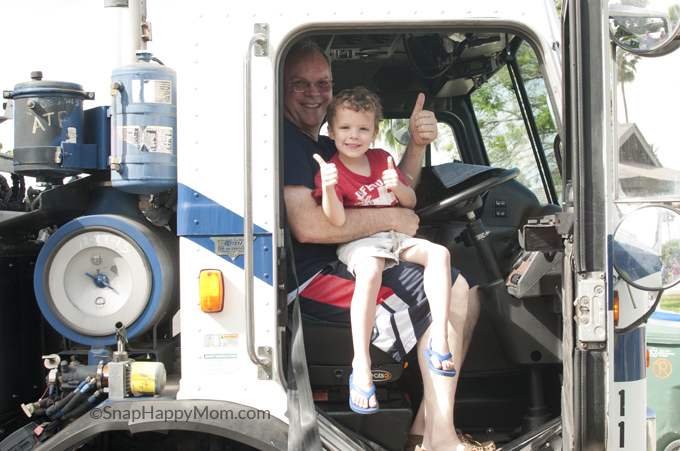 is fueling all his trash truck dreams.