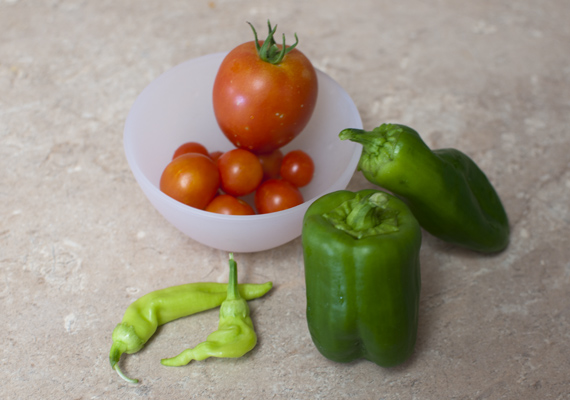 We picked a bunch of veggies from our garden yesterday! A handful of tomatoes, 2 banana peppers, and our first (and only) bell peppers of the season. They are almost 3 inches long! You can bet we made some pico de gallo with our harvest. 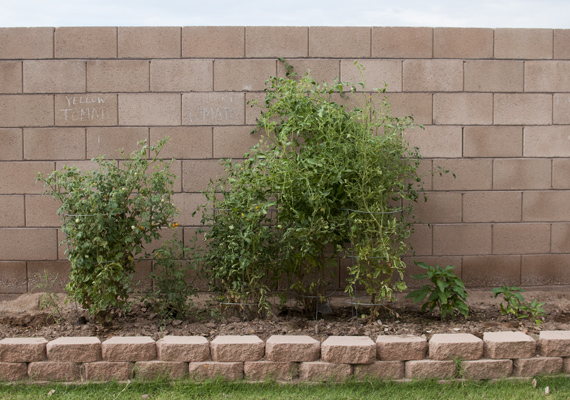 It's been a jungle out there! The tall guys are all tomato bushes, right before we trimmed them, then to the right is a bell pepper and a banana pepper plant.

Most everything else has stopped producing, so we've dug it up. There are two cantaloupes left on the vine that I'm holding out for! 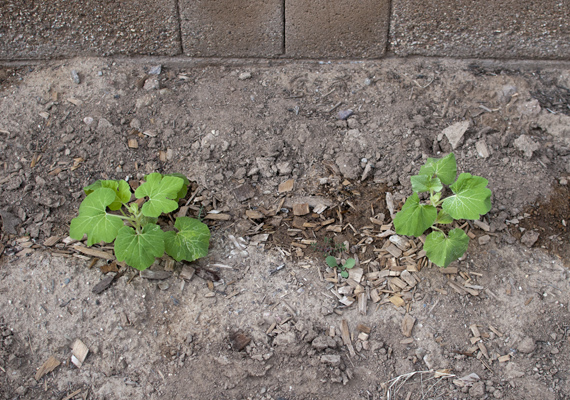 We planted these in August, and we don't know if they'll actually produce in time for Halloween. Maybe pumpkins for Christmas?

We are pretty happy with our first year of gardening. We learned some lessons and successfully raised some edible produce. We'll do some things differently next year, but we'll definitely do it again. The cucumbers and tomatoes win for best-tasting, and next year we'll plant less watermelon seeds, farther apart! Overall, it was a great experience, and the kids really enjoyed themselves. They were thrilled to dig in the dirt and water the plants, and they even helped weed a bit!